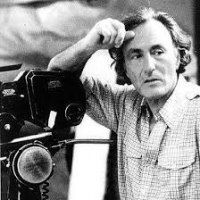 William Klein was born in New York in 1928 into a family of Jewish immigrants. Growing up in the '30s Klein also experienced antisemitism first-hand, both from students at school and on the street, he was a Jewish boy in an Irish neighborhood. He always felt alienated from mass culture.

His friends remember him as a bright, sarcastic kid who liked art and the humanities. He adored the MOMA, Museum of Modern Art, which was like a second home to him from age 12 on. At the age of 14, three years ahead of his classmates, he enrolled at City College of New York to study sociology. At 18, he spent two years in the US Army, stationed in Germany and France as a radio operator, before completing his course.

In 1948 he enrolled at the 'Sorbonne' in Paris. In 1949, Klein studied briefly with Lhote and Fernand Leger. After marrying Jeanne Florin, he decided to remain in France and still lives and works in Paris. During the early 50s Klein style was spare, abstract and architectural. The paintings from this period were deeply influenced by graphics, Bauhaus, Mondrian and Max Bill, which led Klein to try painting murals.

As an artist using photography, he set out to re-invent the photographic document. His photos, often blurred or out of focus, his high-contrast prints (his negatives were often severely over-exposed), his use of high-grain film and wide angles shocked the established order of the photography world and he earned a reputation as an anti-photographer's photographer.

Inspired by Moholy-Nagy and Kepes, he began to experiment with juxtaposing abstract painting and photography.

By 1954 he felt ready to return to New York for a visit and when Klein arrived, he started to photograph New York in a new way, a kind of photographic diary. As an American who had lived in Europe for six years, he had become a hybrid - and New York to him was oddly foreign.

He took the work back to Paris and although the photographic establishment rejected him, he managed to find a French publisher, Editions Seuil, who believed in it and brought it out in 1956 (re-issued 1995). It was also published in Italy the same year. Klein's book won the Nadar Prize.

From 1955 to 1965 Klein worked for Vogue. He preferred to photograph his models out in the street or on location. He was not particularly interested in clothes or fashion, and used this opportunity to research the picture making process by introducing new techniques to fashion photography, including the use of wide-angle and long-focus lenses, long exposures combined with flash and multiple exposures - making fashion an area of innovation in photography.

Klein returned to still photography in the 1980s due to a renewed interest in his early work. His photographs of this period are characterized by his use of close-ups and wide angle lenses.

During the 90s he continued to create mixed media works using painting and photography. He received the Hasselblad Prize and various retrospectives of his films were organized in New York and Japan. He was awarded the Agfa-Bayer/Hugo Erfurt Prize and created in and out of fashion, a mixed media project including drawings, photographs and film, which was published simultaneously with shows in London, Paris, and New York. In 1997 he rephotographed New York and had shows in Barcelona and Paris. In 1999 he was awarded the 'Medal of the Century' by the Royal Photographic Society' in London. Currently he lives and works in Paris.