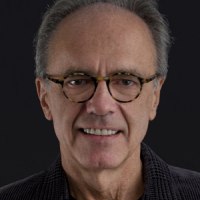 Ronald Krueck, Founding Principal. As a founding partner of Krueck + Sexton, Ron is responsible for the firm’s architectural vision and body of work. Together with Mark Sexton, he approaches each design as a unique project, with its own set of problems and opportunities. His unparalleled ability to listen, rather than to be heard, is his unique strength, as he strives to interpret the client’s words.

Graduating from the College of Architecture at the Illinois Institute of Technology in 1970, Ron went on to study painting at the Art Institute of Chicago. Ron was true to his belief in modern architecture with his first project, the Steel and Glass House (1981), which advanced modernism to its next chapter and, as noted by Progressive Architecture, “changed the subject matter from truth to understanding.”  In 1983 Ron was named an Emerging Voice by the Architectural League of New York. Three years later, he was named one of "40 Under 40" Top Architects in the United States, and in 1993 Ron was inducted into the Interior Design Hall of Fame. He was elevated to a Fellow of the American Institute of Architects in 1992.

Ron has been on the faculty of Harvard Graduate School of Design and the Illinois Institute of Technology, where Ron has taught design studio for 36 years, mentoring hundreds of aspiring young architects.