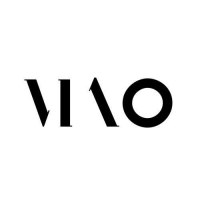 Martins Architecture Office (M-AO), was established in Guimarães, Northern of Portugal, in 2013 by José Martins. Their work essentially tries to build fractions of unexpected moments to whom inhabits their physical or intellectual spaces. They work by relating architecture, art, territories, objects and design.

José Martins, was graduated in Architecture by Faculty of Architecture at the University of Oporto and has a Master degree in Architecture and Urban Culture at Universitat Politècnica de Catalunya/ Centre Cultura Contemporània de Barcelona. He practiced in the De Architekten Cie - Architecture & Planning Office, Research & Development in Amsterdam where has worked with Frits van Dongen.

His disciplinar approach varies between theory and practice. Regularly publishes architecture books and do architecture curating. From 2011 untill 2013 was President of the Braga regional section of the Portuguese Architectural Association, in 2012 had a scholarship from EU-Japan Fest Japan Committee being in Tokyo researching about Japanese contemporary architecture and in 2013 was co-founder of Ether a cultural compound that wants to set his a critical thoughts on the architecture field of operation.

In 2016 was invited to be art director of a brand new product design company called ALMA - Design d´Auteur based in Curitiba, Brazil.