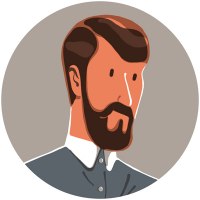 Born in Paris in 1985, Vicent Mahé is a director, designer, and illustrator who is an architecture freak. He studied Animation at " Les Gobelins" between 2005 and 2008 then worked in the feature film business. In parallel illustration he started in 2011 and he went fully freelance last January, 2013. Also he created a studio called "MessieursDame" with 6 other artists.

Since then he had the opportunity to work for the New York Times, Canadian Business, some french magazines and he also did a double page in the last Nobrow # 8 Hysteria.