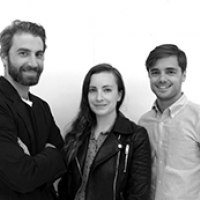 Margen-Lab, Daniel Ibáñez and Rodrigo Rubio, has won several national and international design competitions, such as the Self Sufficient Housing (Actar, 2008), the Arizona Challenge (Two Worlds Foundation, 2011) o the Puertas de Collserola (Ajuntament de Barcelona, 2012) currently under development. Margen has been also invited to exhibit its work in national and international design venues such as Bienal de Venecia 2012, la Oslo Architectural Triennale 2013 or the New York Innovation Summit 2013. MaRGeN has currently headquarters in Barcelona and Boston.