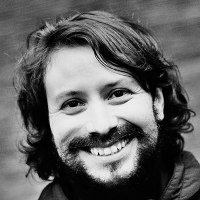 Ivan Marín.- Graduated from the Faculty of Architecture of the Universidad Michoacana of San Nicolás de Hidalgo in 1997, beginning that same year his professional practice carrying out architectural projects and its construction.

In partnership with Yuri Reyes, in 2005, founded Doho Constructivo, a company that has been dedicated to architectural design for more than 15 years, carrying out architectural projects that range from residential projects, such as “Q Baja” at El Sargento Beach in Baja California Sur; urban developments, such as the “Selva Maya Tulum” development in Francisco Uh May, in Quintana Roo, to hotels as “Peepem”, a complex of 18 Boutique hotels in Tulum, Quintana Roo, among others.

In 2010, he founded, along with Pablo Idalzoaga, the Mexican-Chilean firm "Zoologika Biohábitats" staying at the Zoos of San Diego, California, Barcelona and Africam Safari. As a member of AZCARM (Association of Zoos, Hatcheries and Aquariums of the Mexican Republic) he has developed several projects for zoos, as well as the Wildlife Research Center in San Cayetano, State of Mexico, for SEMARNAT. In 2018 he was finalist of the contest for the Remodeling of the Barcelona Zoo

He currently undertakes the architectural design firm IVÁN MARÍN ARQUITECTURA, whose headquarters will be the city of Morelia, Mexico City and Los Angeles, California. Under this firm he is developing projects such as the Master Plan of the Convention and Exhibition Center of Morelia (CECONEXPO), currently under construction, Active Museum of Mexican History (MUSEA), The Gastronomic House of Mexico, The Hospice of The Angels (for the Foundation in Los Angeles California), Administrative Unit of Government, among others.

Winner of the Popular Choice Award in the seventh edition of the A + Architizer awards with the Library project for the Morelia Educational Center in the Architecture + Brick category.