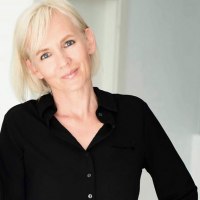 Marion Regitko moved to Holland, after graduating in Germany, where she worked for several high profile offices. Marion founded her own studio, Marion Regitko Architects, in Amsterdam in 2000. In 2001 she was a prize-winner in the prestigious Dutch competition the ´Prix de Rome´. To gain more opportunities to realize her projects from her, Marion moved her office from her to Spain in 2004. Since then she has worked mainly with private clients seeking to build their dream houses on the coast of sunny Andalusia.

Marion Regitko approaches the harmony between modern architecture and landscape creating surprising routes and views in, and around, her projects.

As well as her de ella luxury villas in Spain, Marion has realized a nursery school in Peru and a charity education center in Uganda.