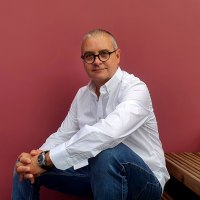 Miguel Concha Loyola, an architect from Queretaro with a career spanning more than 25 years in the field of design and construction. Extensive experience in housing projects but also ventured into various uses such as apartment buildings, commercial developments, stables, stables, and multiple remodeling in the historic center of the city of Querétaro, also expanding its work to several states of the republic and even , carrying out some interventions outside of Mexico.

Throughout his career, he has enriched his practice by collaborating closely with his clients, which has allowed constant evolution in his architectural work, since the proposals, ideas and intentions of users contribute greatly to the design process. The main working tools are light, orientation, ventilation, the characteristics of each site, local materials, affordable labor. The goal of creating spaces for the good life that reflect the personalities of each client.

He graduated from the Architecture career at ITESO in Guadalajara, Jalisco, and later studied for a master's degree in Philosophy at the Autonomous University of Querétaro; He has been awarded several prizes and architectural publications, among which are the AHEAD Awards, the AAI Awards, the Noldi Schreck Prize, the Prisma Prize.