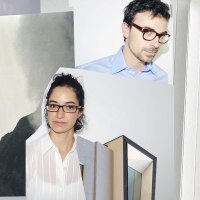 MoDus Architects was founded by Sandy Attia (Cairo, 1974) and Matteo Scagnol (Trieste, 1968) in 2000. The studio distinguishes itself within the international architectural panorama by the bold and heterogenous body of work that intertwines the founding partners’ two different formative and cultural backgrounds.

Completed works include the Ponte di Ghiaccio Mountain Lodge, the Psychiatric Rehabilitation Centre, the School Campus in the Firmian district of Bolzano, the Bressanone-Varna Ring Road, the Kostner House and Studio, the new Damiani Holz&Ko Office Addition and the Tourist Visitor’s Center Building in Bressanone (TreeHugger).

MoDusArchitects’ work has been recognized with a number of important awards: the jury’s special prize at the Premio Architetto Italiano 2013, honourable mentions for the Gold Medal in Italian Architecture (2015, 2012), first prize for the International Piranesi Award 2013, Best Architects (2013, 2018, 2019), the German Design Council’s Iconic Award (2012, 2019) and a nomination for the Mies van der Rohe Award 2015. Several projects have been included in the Triennale di Milano in 2012 e 2015, the Venice Architecture Biennale in 2010, 2012, 2014 and 2018 within the Italian Pavilion. The Kostner House and Studio project together withthe Damiani Holz&Ko Office Building project are part of the MAXXI Museum’s permanent collection in Rome.  Matteo Scagnol and Sandy Attia flank their professional work with their academic roles at Princeton University's School of Architecture (USA).

Sandy Attia was born in Cairo in 1974 and graduated in 1995 from the University of Virginia. In 2000, she earned a Master’s in Architecture from the Graduate School of Design at Harvard University and in the same year, she founded MoDusArchitects with Matteo Scagnol.

In 2002, she received the Muschenheim teaching and research fellowship at the University of Michigan (TCAUP) where Sandy Attia continued her academic endeavors until 2004. In 2013, she was nominated for the ArcVision Prize for her contribution to the field of architecture.

Her book titled Designing Schools was shortlisted for the Italian National Research Award in the field of architecture. Since 2015 she has worked closely with the Agnelli Foundation in Turin on a number of educational related projects. Sandy is also a Visiting Professor at Princeton University’s School of Architecture.

Matteo Scagnol was born in Trieste in 1968 and graduated in 1995 from the IUAV (University Institute of Architecture of Venice). In 1999, he earned a Master’s in Architecture from the Graduate School of Design at Harvard University.

In 2000, he founded MoDusArchitects with Sandy Attia. The same year, he received the Fulbright fellowship in Visual Arts for the American Academy in Rome. Matteo has also taught at the IUAV in Venice and at the University of Trento. Known for his capacity to fuse the technical and more poetic aspects of the architectural discipline, he is often invited to jury international architecture competitions and speak at conferences, both in Italy and abroad. Matteo is also a Visiting Professor at the School of Architecture of Princeton University (USA).