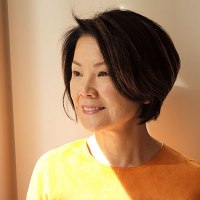 Toshiko Mori is the Robert P. Hubbard Professor in the Practice of Architecture at Harvard University Graduate School of Design and was chair of the Department of Architecture from 2002 to 2008. She has taught at the GSD since 1995. She was the coordinator of the third semester core studio and is a thesis director in the Department of Architecture. Mori is principal of Toshiko Mori Architect, which she established in 1981 in New York City. The firm has been noted for its intelligent approach to historical context, ecologically sensitive strategies, and innovative use of materials, producing a creative integration of design and technology.

Her work has been widely published internationally, and has been featured in numerous exhibitions. She edited a volume on material and fabrication research, Immaterial/Ultramaterial which was later translated into Italian. A monograph of her work, Toshiko Mori Architect, was published by Monacelli Press in 2008. She is currently an advisor to A+U Magazine and serves on the Presidents Council for the Cooper Union. She is Vice-Chair of the Global Agenda Council on Design for the World Economic Forum. Mori taught at the Cooper Union School of Architecture. She has been a visiting faculty member at Columbia University and Yale University, where she was the Eero Saarinen Visiting Professor in 1992.