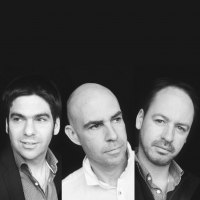 NEXT architects is an international architectural firm, founded by Bart Reuser, Marijn Schenk, Michel Schreinemachers and John van de Water in 1999, who has worked on research and design projects in the field of urban planning, architecture, interior design, infrastructure. NEXT architects is located in Amsterdam. In 2004, NEXT opened a second office in Beijing, China.

In recent years, NEXT has demonstrated its ability to carry out large and complex projects commissioned by provinces, municipalities, and private clients such as COD, Amvest, Lingotto, and Amsterdam Airport Schiphol.

NEXT has received various awards for its work, including the Nationale Bouwprijs (2017), the NRP Gulden Feniks (nomination, 2017), the Geurt Brinkgrevebokaal (nomination, 2016), and the Dutch Design Award (nomination, 2016). NEXT has also been featured in various national and international publications and media including WIRED, Monocle, Financial Times, Het Financieele Dagblad, Elsevier, and CNN.