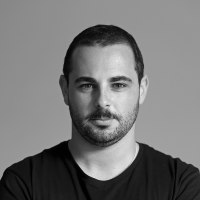 João Nuno Macedo is an Braga-based architect. Obtains degree in architecture from ULVNF, complete their master’s thesis focusing on “urban acupuncture as a process of revitalization and regeneration of the city” in 2014. From 2010 to 2013 he was president of the Core of Architecture and Arts of ULF (NAAULF).

Since 2011 he collaborates with various architectural projects and also in the realization of numerous works in graphic design. Integrates BANGART – Artistic and Cultural Association, a non-profit, since 2014, of which he is executive director.