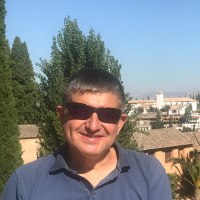 From 1990 to 1994 he lived in Los Angeles, CA, where he was a teacher assistant at the USC School of Architecture. He collaborated with prof. Panos Koulermos in his project for a Conference Center at the University of Crete. In 1993 he worked for Anshen & Allen LA. In 1994, Fernando Olba was awarded the first prize in the Europan 3 international competition with a project of requalification of more than 80,000 m² in the city of Ourense, Spain, which provided him the opportunity to return to Spain. In July of 1999 Fernando was selected as Design Director at Santiago Calatrava´s office in Valencia with whom he collaborated until November of 2000 coordinating all his projects in Spain.

Fernando has taught and lectured at the Schools of Architecture of Valencia and Venice, the University of Southern California in Los Angeles, the Villa Olmo in Como, the Instituto Galego da Vivenda e Solo in Santiago de Compostela, the Nederlands Architectuurinstituut (Nai) in Rotterdam, the International Conference Center in Geneva, the Faculty of Architecture in Alghero and Politecnico di Milano, Italy, the AIA Pasadena Chapter, USA and the School of Architecture in Coventry University, UK.

Since 2001 he runs his own office, FERNANDO OLBA Arquitectura + Urbanismo, in Valencia, Spain. Since 2010, Fernando has been researching on green Architecture and off-site construction becoming a member of the Green Building Council Spain Chapter last 2019.

For the last 8 years, he has been an active member of the jury panel for the TAMAYOUZ EXCELLENCE AWARDS. In April, 2016 he gave the opening lecture at the Applied Science University in Amman, Jordan for the workshop regarding the TAMAYOUZ AWARDS where he took part on the review of the students graduation projects. In 2020 he has been selected as a jury member for the new Court Complex Competition in Jeddah, Saudi Arabia.