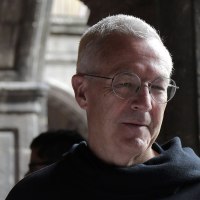 Valerio Olgiati, (born 18 July 1958 in Chur) is a Swiss architect. He studied architecture at ETH Zurich. Following his studies he lived and worked first in Switzerland and later in Los Angeles. In 1996 he opened his own practice in Zurich and then in 2008 together with his wife Tamara in Flims.

The first time he received attention outside the architectural scene was in 1999 with the museum The Yellow House in Flims, Switzerland. In 2008 he created an icon with his winning competition for the Museum of Contemporary Art in Perm, Russia.

His most important buildings include the schoolhouse in Paspels, the visitor centre for the Swiss National Park in Zernez, the House for a Musician in Scharans, the residential complex Schleife in Zug and Villa Além in Portugal. Major projects in planning are the winery for Carnasciale in Italy, the high-rise building San Felipe in Peru, a house for a priest in Germany and a building for the head quarter of Baloise insurance company in Basel.

About his work there are numerous monographs, that have been translated into nine languages. The major solo exhibition of his work took place in 2012 at MoMa Tokyo.

Among other academic engagements he led the Kenzo Tange Chair at Harvard University, USA in 2009. Since 2002 he has been a Full Professor at the Accademia di architettura Mendrisio at the Università della Svizzera italiana.