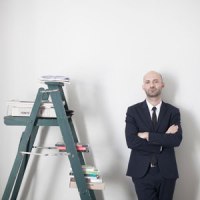 Francisco Pardo is an Architect with a Master’s Degree in architecture from Columbia University in New York. He was awarded with the young creators scholarship in 2001 and is a member of the Mexican National Creators System since 2010 by the Arts and Culture Ministry.

In 2016, he founded Francisco Pardo Arquitecto practice in Mexico City. Formerly, in 2000, he founded with Julio Amezcua AT103, an architectural firm where they developed projects on different scales and received several awards.

In 2008, the Ave Fenix Fire station earned them a silver medal in the Mexican Architecture Biennial and the first place in the Best Institutional Building category at the International Design Festival.

In 2009, Pardo was awarded the title, “Emerging Voices” by the Architectural League of New York, the most important recognition for emerging firms that distinguishes new practices in North America. In two consecutive occasions, Pardo received the silver medal for “best housing building” at the Mexican Architecture Biennale and also won the Grand Jury Prize at the Pan American Biennial of Quito, Ecuador.

In 2011, he won the 1st prize in the competition by invitation for the renovation of “Palacio de Lecumberri” a former prison that currently hosts the General Archive of the Nation. Pardo also received the 1st Price in Milan’s 2014 ArchMarathon for Havre 69.

His practice was named by London’s Wallpaper magazine as one of the World’s 50 hottest young architect practices and ranked by Icon magazine of London as one of the 50 design and architecture firms that are shaping the future. His work has been published and exhibited internationally; he has lectured at many institutions in countries such as China, Spain, USA, Italy, Germany, Venezuela, Brazil, Chile, Argentina, Colombia and Mexico - among others.

He has taught architecture in Iberoamericana University, where he coordinated the housing workshop for 4 years. He has been a Master’s Degree visiting professor at UPenn in Philadelphia and UC Berkeley in California, where he was named “Fridman Profesorship” in 2010. Currently he teaches at the Southern California Institute of Architecture in Los Angeles (SciArc), where he coordinates the program SciArc-Mexico.