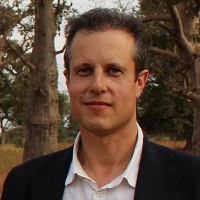 Federico Pardos Auber (Barcelona, ​​1970). Architect by the architecture school of Paris-La-Seine, outstanding cum-laude in the final project. Award-winning architect at the Aga Khan awards 2019 (Kazan, Tatarstan, September 2019), at the XIV Spanish Architecture and Urban Development Biennial 2018 (Santander, July 2018), at the 2018 World Architectural News Awards (London, November 2018) and at the LEAF Awards 2018 (Frankfurt, November 2018) for the work of the new classroom for Bambey University in Senegal, promoted by the Ministry of Higher Education and funded by the World Bank.

New classrooms for the universities of Bambey and Saint Louis in Senegal, financed by the World Bank and promoted by the Ministry of Higher Education of Senegal. Project, management and construction management of Diamniadio digital technology park, in Dakar (Senegal), over an area of ​​25 Ha, which includes a Tier III data center, offices, incubators and services, as well as urban and landscape planning, financed by the African Development Bank and promoted by the Ministry of Telecommunications of Senegal. Brazzaville Technology Park, in the Republic of Congo, financed by AfdB; the project of a new 500-room, four-star hotel in Pointe Sarène, Senegal, for the RIU hotel chain. New headquarters for Certest R&D laboratories in San Mateo de Gállego (Zaragoza) that includes ISO5 cleanrooms and biosafety laboratories. Project of the new water company headquarters "AGUR" in Anglet, France. Renovation and rehabilitation of buildings of the European Parliament of Strasbourg. Director of the Zaragoza pavilion project at Expo Shanghai 2010. Technical consultancy for the evaluation of a project to regroup the UN delegations in Kinshasa, in the Democratic Republic of Congo, in a new location. Reconstruction work management of the Zaragoza 2008 international exhibition site in new urbanization and underground parking for 2,500 spaces.

In collaboration with Zaha Hadid Architects he has been responsible for the drafting of the interior architecture project of the Bridge Pavilion of Expo 2008 and later for the reconversion studies in museum space. He has participated in conferences in different professional forums and his work has been published in several specialized magazines.