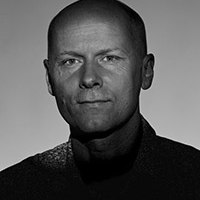 Michael Pawlyn established Exploration in 2007 to focus exclusively on biomimicry. In 2008 Exploration was short-listed for the Young Architect of the Year Award and the internationally renowned Buckminster Fuller Challenge. Prior to setting up the company Michael Pawlyn worked with Grimshaw architects for ten years and was central to the team that radically re-invented horticultural architecture for the Eden Project. He was responsible for leading the design of the Warm Temperate and Humid Tropics Biomes and the subsequent phases that included proposals for a third Biome for plants from dry tropical regions. Pawlyn has lectured widely on the subject of sustainable design in the UK and abroad, and in May 2005 delivered a talk at the Royal Society of Arts with Ray Anderson, CEO of Interface. In 2007 he delivered a talk at Google’s annual ‘Zeitgeist’ conference and in 2011, became one of only a small handful of architects to have a talk posted on TED. com. In the same year, his book Biomimicry in Architecture was published by the Royal Institute of British Architects. He is currently working on a range of biomimicry-based architectural projects and a book commissioned by TED (planned for completion/release early 2014).