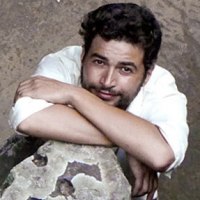 He works internationally as a Project based photographer, and has published his work in magazines such as Arquitectura Viva and Europaconcorsi. He was in charge of the photographic work of the book “A map of Hutopolis” about the Chinese urbanization process. His first solo exhibition “End of Line: An archaeology of silence” was presented at the 2014 Beijing Design Week; curated by Susana Sanz, and sponsored by the ICO Foundation with the collaboration of the Spanish Embassy in China.