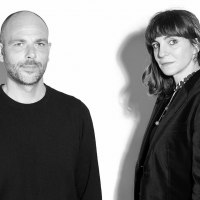 Laboratorio Permanente was founded in 2008 by Nicola Russi and Angelica Sylos Labini. The studio is based in Milan and has been commissioned projects worldwide. Laboratorio Permanente develops projects that integrate innovation and a contemporary expression with a profound understanding of history and contextual thinking. The studio has taken part in numerous international design competitions; won the Honour Mention for the Golden Medal for Italian Architecture in 2012 and partecipated in The 14th Venice Biennale International Architecture Exhibition with an installation named “the landscape has no rear”.

Partners.-
Nicola Russi [Ph.D Architect – Partner], is associate professor in Architectural and Urban Composition at Politecnico di Torino from 2016. Formerly professor in Urban Composition at Politecnico di Milano from 2008 to 2016. Member of the Executive Board of ANCSA, National Association af Historical and Artistic Centers. His principal fields of research are focused on the areas of Urban design and Architecture by investigating strategies of regeneration and contextual design.

Recent international activities include the research carried on with Royal Institute of Architects of Ireland  for the developement of the historical center of Dublin. From 2008 to 2009 project consultant at the Technical Urbanism Office of Milan’s municipality for the new master plan of the city.

Partnership.-
Ekaterina Golovatyuk [Architect – Project Manager]. Studied architecture in Delft, Madrid and Milan, where she graduated in 2003. After working in several offices , she has been collaborating with Rem Koolhaas/OMA since 2008, focusing on architectural, urban and research projects in Russia and Asia.

Stefano Tordiglione [Architect – Project Manager]. He studied and worked in New York and London for over ten years. His first design experience started in London in 1991. Since then he has worked for internationally acclaimed Italian studios specialized in retail, luxury hotel and resorts, residential development and private yachts.