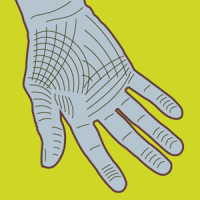 Eric Petersen is an illustrator based in Olympia, Washington, U.S.A. His style is influenced by instructional graphics and the look of vintage comics of the 1940s. He draws uniform lines on a computer to strip away some of the human element and expressive quality seen in non-digital work. He uses perspective and unnatural colors to set up a voyeuristic feeling and create an unsettling mood. He is interested in the combination of a purely functional illustration style with an emotional scene.

His subject matter typically consists of people and environments. He aims to create a sense of ambiguity and allow the viewer to imagine their own narrative.