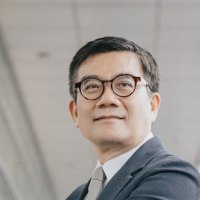 University Booth School. He was also appointed to many public and private boards and committee, including as Chairman of the Lord Wilson Heritage Trust, member of Town Planning Board, Antiquities Advisory Board, Housing Authority. He was appointed Justice of the Peace by Hong Kong SAR Government. Currently, he has been appointed as a Patron of International Dunhuang Project, British Library.