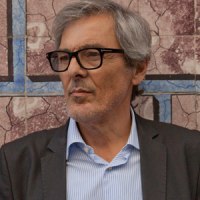 In 1988 he opens his own company, and starts developing the project for the English Embassy in Lisbon, and the Casa do Artista, a public building for the retiring artists, that earns him an important role on the Portuguese architectural panorama.

During his career he earns several awards for his achievements in architecture and design, among which are the most innovative Portuguese project in 2007 and the best rehabilitation project in the city of Beja, Portugal.

The Aquapura Douro Hotel&Spa was considered the best hotel in Portugal in 2008, and one of the 100 best hotels in the world, by several national and international publications.

He emphasizes sustainable building and site development as fundamental to innovative and imaginative design.

Is currently working, among other relevant projects, on a 1000 hectares master plan for a new city in Montenegro, near the Adriatic Sea, that involves a key responsibility on the sustainability scene, being considered by the Montenegro government a priority and pioneering projects.