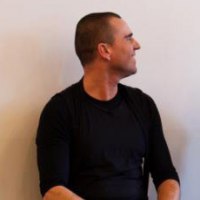 Ronald Rietveld, (1972, Gorinchem, NL), graduated in 2003 from the Academy of Architecture in Amsterdam, specialization landscape architecture (cum laude ). In 2004 his graduation project “Delta Works 2.0” was awarded the ARCHIPRIX (third prize). After winning the Prix de Rome Architecture (first prize) in 2006, he started his own design and research office, Rietveld Landscape, together with his brother Erik Rietveld (Fellow in Philosophy at Harvard Univ ersity). The office has exhibited work in various international exhibitions and has its own unsolicited research program for contemporary issues in the public domain. Ronald Rietveld presents frequently at conferences and is a lecturer at the Design Academy Eindhoven (Master’s program). He has also lectured at the Academy of Architecture in Amsterdam, Academy of Architecture in Rotterdam, and TU-Delft. He is a jury member for several design competitions. By invitation of the Netherlands Architecture In stitute (NAI), Rietveld Landscape will contribute the Dutch submission to the 12th Architecture Biennale of Venice 2010.