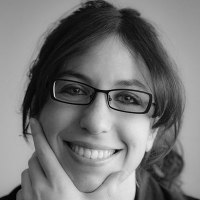 Rocío Romero Rivas. (Granada, 1984) Architect and photographer specialized in architecture photography. In 2013 he completed his studies in Audiovisual Image and Communication and became part of the Subliminal Image together with Miguel de Guzmán.

In the field of Architecture he has collaborated in some competitions such as Europan Europe, the International Biennial of Architecture of Venice obtaining an award from the Spanish Pavilion at the Venice Biennale 2016: Unfinished or the Oslo Architecture Triennial 2016 with honorable mentions for his work and research with your team.

In the summer of 2015 she was tutor of one of the workshops organized by the Architectural Association AA Summer School.

In a more personal setting, his photographs seek a way of expressing sensations, feelings and concerns, which in one way or another we all carry inside.