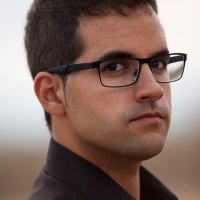 David Ruiz Molina has always had a special interest in design and architecture and that is why he joined this world of ideas and creation.

He studied Technical Architecture at the University of Alicante (until 2007) and completed this stage, he continued to study at the CEU-UCH University of Architecture in Valencia (until 2011). Later he decided to travel and know the world to build his experience and get a global perspective of the exciting world of creation.

In 2011 he was a fellow: Department of industrial processes applied to the architecture by the Cardenal Herrera University UCH_CEU. Collaboration at Cruz y Ortiz Arquitects studio in Amsterdam (2013) and at Johansson Arquitects in Madrid (2014). Between 2014-15 he studied the Master's in education at Miguel Hernández University, Elche. And between 2015-16 he collaborated in the studio MLA Arquitects in Boston, USA.

In 2015 he formed his own studio: David Ruiz Molina, Happiness through design (DRM@DRMESTUDIO.COM). And currently he collaborates at PAYETTE Associates in Boston, USA.