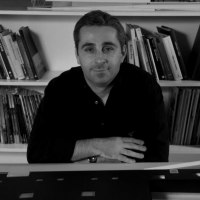 Nuno Sampaio. Born in 1974, in Porto, Portugal. Executive Director of Casa da Arquitectura since 2014, Nuno Sampaio was a member of the National Board of the Order of Architects, from 2008 to 2010 and was jury in several architectural competitions where the 2013 FAD Awards stand out. He is president of “Urban Strategy” - Architecture and City Innovation Laboratory, since 2009 and Vice- president of the Lisbon Architecture Triennial Association (TAL) since 2010.

In parallel to the professional activity developed since 2000 in the company “Nuno Sampaio - Arquitetos”, has been creating cultural programming either as Vice President of TAL, within the scope of the Urban Strategy project and at Casa da Arquitectura.