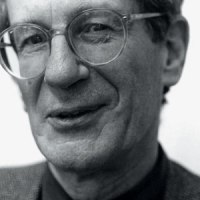 Bernardo Secchi (Milan, 1934-2014). Professor Emeritus of Urban Planning at the University IUAV of Venezia. From 1974 up to 1984 he taught at the Milan Politechnic, where he was Dean from 1976 to 1982 and, since 1984, at the University IUAV. He has been professor at the École d'Architecture in Geneva (EAUG) and has taught courses at the University of Leuven (KUL), at ETH Zurich, at the Institut d' Urbanisme de Paris and at the Ecole d’Architecture de Bretagne (Rennes). In 2004 he received an honorary degree from the University Mendès France in Grenoble and the Special Jury Prize of the Grand Prix d'Urbanisme conferred by the French Minister de l'Équipement. In 2010 he received an honorary degree from the University of Hasselt – Belgium and he was awarded the title of Chévalier de l'Ordre National de la Légion d'honneur. In 2014 he was awarded the nomination “Socio de Honor”  Honorary memberof the Club de Debates Urbanos of Madrid – Spain.He is a member of the board of the European Postgraduate Master in Urbanism (EMU), a joint diploma among Università IUAV di Venezia, KU Leuven, TU Delft,UPC Barcelona and holds conferences and courses in the major schools of architecture in Europe.

He participated in the study of an inter-municipal plan for Milan (1960-63); worked together with Giuseppe Samonà on the development of the Trento regional plan (1966), and (with Paolo Ceccarelli) on the Aosta Valley plan (1972).

He has participated as a consultant to urban planning and won the " Ecopolis " (project of a new city in Ukraine - group directed by Vittorio Gregotti, 1993). He won in partnership, the competition "city of the Tiber in Rome" (1993). It was "urbaniste conseil" (1996) de l'Établissement public Euromediterranée for the design of the central part and the harbour area of Marseille and consultant (1997-1998) of the Port of Genoa for the design of the masterplan of the harbour. He chaired the Commission for the preparation of Guidelines for Planning and the Environment at the Ministry of the Environment.

It is part of the group founder and editor of "Archivio di Studi urbani e regionali". Between 1982 and 1996 he was part of Casabella and from 1984 to 1990 he directed  Urbanistica.  He has organized numerous design competitions, including the “Bicocca Project " in Milan, "Edifici Mondo” competition for the recovery of the old town of Salerno and has served on numerous juries for competitions in architecture and urban planning (Milan, Bicocca; Antwerp, Staad aan de Stroom; Bologna, Central Station; Geneva, Palais des Nations; Nice, Nouvelle Marie; Lyon, Grand prix des formations; Paris, the Grand Prix d'urbanisme et de l'art urbain; VI biennial of Spanish Architecture).

In 1990 he founded Studio with Paola Viganò.