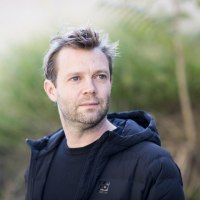 Bas Smets has a background in landscape architecture, civil engineering and architecture. He founded his firm in Brussels in 2007 and has since completed more than 50 projects in more than 12 countries with his team of 20 architects and landscape architects. These projects vary in scale from territorial visions to infrastructural landscapes, from large parks to private gardens, and from city centres to film sets.

His realised projects include the park of Thurn & Taxis and the Saint- Gilles Plaza in Brussels; the public space around the Trinity Tower in Paris La Défense, the Sunken Garden and Mandrake Hotel in London, the Himara Waterfront in Albania, and recently the Parc des Ateliers in Arles. France.

Several of his large projects are under construction, such as the urban forest surrounding the Part Dieu station in Lyon, the Nieuw Zuid project in Antwerp and a sculpture park in Amagansett, New York. Each of these projects is part of interrelated research into the possible role and ambition of landscape projects. The aim is to invent 'Augmented Landscapes' by using the logic of nature. These augmented landscapes produce a new microclimate while creating new atmospheres. The collaboration with artists and scientists takes a central role in this research.

In 2008 he was awarded the biennial French prize for young landscape architects 'Les Nouveaux Albums des lunes Architectes et des Paysagistes'. A first monographic exhibition was presented in 2013 by deSingel International Arts Centre and Arc-en-Reve centre for architecture in Bordeaux.

In 2017 he was appointed General Commissioner for the Biennial of Architecture of Bordeaux and in 2018 he received the Award for Urbanism and Public Space from the French Academy of Architecture.