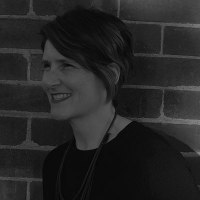 Cathy Smith is an Australian architect, interior designer, and academic. With professional and research qualifications and experience in architecture and interior design along with a PhD in architectural theory and history, Smith operates at the theory-practice nexus. She is particularly interested in issues of equity and social agency in the built environment, and her own practice is focused on small scale, low-budget, and temporary DIY (Do It Yourself) installations. As an academic, she has taught in the subject areas of design, history, and theory and construction at several Australian universities, including the University of Newcastle (current), the University of Queensland, and the Queensland University of Technology. She is also the inaugural Turnbull Foundation Women in the Built Environment scholar at the University of New South Wales (2018-2020). Her scholarly research appears in a number of international journals including Australian Feminist Studies, Architectural Histories, Interstices, Architectural Theory Review, and IDEA. In parallel with her recent research on the temporary occupation of vacant commercial buildings by artists and artisans, she participated in the Renew Newcastle property guardianship scheme, which ignited her interest in the benefits and challenges of the phenomenon more broadly.

Smith’s interdisciplinary research will develop an ethical and theoretical framework for engaging with the emergent phenomenon of London “property guardianship,” a term used to describe the sanctioned, temporary occupation of vacant commercial and residential buildings in Europe, North America and Australia. This research will focus on the stakeholder experiences of the London “model” of property guardianship by situating them in a broader international and critical scholarly context.