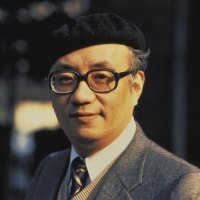 Osamu Tezuka was born on November 3, 1928 in the city of Toyonaka, Osaka, and was the oldest of three brothers. He was an extremely ingenious and imaginative child who grew up in a liberal family exposed to manga and animation. As a child he had an enormous fascination with insects and, reflecting this interest, he later incorporated the "insect" kanji into his pseudonym.

Having developed a great interest in capturing the beauty of life, from his experience in times of war, Osamu Tezuka wanted to become a doctor; He later got the bachelor's degree. Finally, but, he chose the profession he loved most: being a manga author and creator of animated films.

The manga and animation works of Osamu Tezuka had a great impact on the configuration of the psychology of post-war Japanese youth. His work turned the concept of animated drawings of the time and transformed them into an irresistible art form incorporating a great variety of new styles in the creation of story-manga. Changing the face of literature and movies, his work had a great influence on various genres.

Its impact on animation had the same magnitude as in the manga world. The adorable characters that appear in works such as Japan's first animated series, Astro Boy, the Kimba color animated series, the white lion as well as the two-hour animated special Bander Book captured the hearts of the Japanese through the television, driving anime towards immense popularity among Japanese society.

Osamu Tezuka's work was exported to the US, Europe and other Asian countries, and became material for children's dreams around the world. He delved into the world of animation in long-term films, exploring all the possibilities of the field of animation. In addition to his records achieved in television and commercial animation, he also received international praise in his last years for his work in the field of experimental animation.

His most enduring theme, the song to the beauty of life, formed the core of all the works of Osamu Tezuka. Creator of a great cultural asset and endowed with a great pioneering spirit combined with an intense passion for his work and a coherent vision of the future, Osamu Tezuka lived his entire life chasing his dreams tirelessly, and died on February 8, 1989 to The age of 60 years.