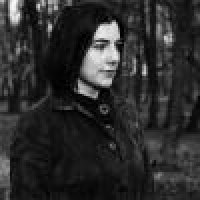 Siiri Vallner was born in Tallinn in 1972 and studied architecture at the Estonian Academy of Art in Tallinn, receiving her degree in 1998. After graduation she studied architecture at the Virginia Polytechnic Institute and State University, Washington, DC, USA, and worked for two years for the architecture firm Berzak & Gold P.C. in New York and at Lewis & Associates Ltd., Alexandria, Virginia. In 2002, having returned to Estonia, she founded Kavakava with Katrin Koov and Kaire Nõmm, and a second practice, Head Arhitektid OÜ, with Indrek Peil. She has participated in numerous architectural competitions, of which all her major works are the result. She has written widely on contemporary urbanism and landscape architecture. Vallner is the designer of some of the most prominent buildings in her country.

Kavakava was stablished in 2002 in Estonia. They mostly build public buildings or urban space designs based on prize-winning proposals for open architectural competitions. Their major works include the Museum of Occupations in Tallinn, Pärnu City Centre Sports Hall, Lotte kindergarten in Tartu, Narva College of the University of Tartu and the visitors’ centre for the Estonian Open Air Museum. Their works are published internationally and they have won several awards, including best young architect award in 2009 for Siiri Vallner and State Culture award for Narva College in 2013.