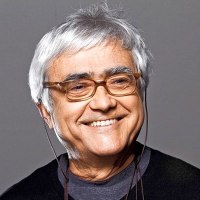 Rafael Viñoly.- Born in 1944 in Montevideo, Uruguay, he grew up in Argentina, son of the theater director Román Viñoly Barreto and teacher María Beceiro. He studied architecture at the School of Architecture and Urbanism of the University of Buenos Aires, from which he graduated in 1969.

In 1978 Viñoly and his family emigrated to the United States. For a short time he gave lectures at the Harvard Graduate School of Design, and established himself permanently in New York in 1979.

In 1983 he founded Rafael Viñoly Architects PC. His first major project was the John Jay College of Criminal Justice, completed in 1988. In 1989 he won an international design competition for the Tokyo International Forum, completed later on in 1996, many consider it the most important cultural centre in Japan.

He currently has offices in London, Los Angeles, Abu Dhabi, Dubai and Bahrain.