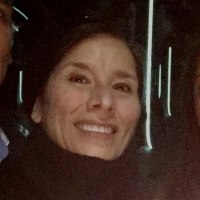 Darya von Berner education began at the ‘School of Visual Arts in New York’ under Milton Glaser, back in Europe she studied amongst others with Enzo Cucchi, Wolf Vostell, Janis Kounellis and Tony Cragg.

From 1984 onwards, she received various awards and scholarships, which lead to an extended stay in Paris, followed by a scholarship at the Spanish Academy of Fine Arts in Rome. After 1991 a long international tour of exhibitions in various galleries in Europe and America as well as regular participation in art-fairs like Art Basel, Arco and Art Cologne began.

Von Berners career speaks of a creative personality, that strives for continuous evolution. From nature painting and Realism in the 80’s, to her presentation at the ‘Worldwide Video Festival’ at the Stedelijk Museum in Amsterdam. For her, Art is a powerful device for producing meaning.