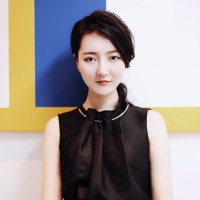 In 2015 founded her own furniture brand with the ideology of environmental friendly, quality and spreading joy; adding in a touch of humor and minimalist.