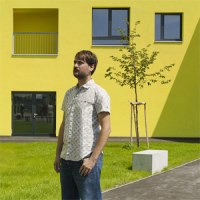 Javier Yáñez obtained the 2001 'Forte' award for best academic career at Alicante School of Architecture . BSc Degree in Architecture with honours by the University of Alicante (end-of-degree Extraordinary Prize). Grant awarded by the ARQUIA foundation to work with Norman Foster in his London studio. MArch in Complex Architectures by EPSA, University of Alicante and D.E.A. (Master in Advance Studies in Housing and Institutional Project Buildings) by ETSAM, Madrid Polytechnic University.

He founded 'YIC studio' in 2005 of the study and from 2009 directs 'YES studio', a clear commitment to innovation, research and architectural production from a multidisciplinary environment.