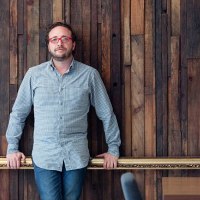 ZD + A. Since its founding in 2000 by Yuri Zagorin, ZD + A has successfully completed more than 40 executive projects, 30 projects built, more than 1,000 residential units delivered, as well as commercial and industrial buildings. Composed of four independent units: architecture, construction, marketing and development they think in an interdisciplinary way to provide the best possible solution for their customers with a critical and responsible response to the built environment.

Yuri Zagorin.- Architect by the Universidad Iberoamericana (UIA), graduated with honors in 1994. He studied a Master in Advanced Architectural Design at Columbia University, New York, in 1997, and has been a projects professor at the Iberoamericana University. He was a founding partner of ZD + A in October 2000. He is a member of the Mexican Architects Association (CAM), Urban Land Institute and the National Chamber of Housing Developers (CANADEVI), among other associations.