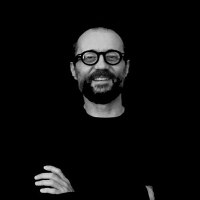 Architect and associate professor at the University of Washington, Zeuler Rocha Lima has thirty years of experience in teaching and research in the United States, Brazil, Japan and Europe. His research and international publications include studies on modernity and cultural exchanges and globalization in Architecture and urbanism. He studied at the School of Architecture and Urbanism of the University of São Paulo, and obtained a postdoctoral fellowship in Comparative Literature at the University of Columbia. As a designer, educator, academic and writer, he has a great interest in a humanistic approach to the built environment.

During the last two decades, Rocha Lima has been dedicated to the study of the life and work of Lina Bo Bardi. Among other essays, he is the author of the acclaimed biography Lina Bo Bardi (Yale University Press, 2013). In 2007 he won the Bruno Zevi Prize for history and architectural criticism for his work on Italo-Brazilian architecture. As an academic, Rocha Lima has made numerous publications in national and international journals, catalogs of Museums and book editions.

As an architect, between 1986 and 1996, Rocha Lima co-directed the architectural firm Projeto Paulista de Arquitetura in São Paulo, and won several national prizes and awards for architecture, landscaping and urban design competitions in Brazil, including the project for the Assembly building. Legislative of the Federal District in the Monumental Axis in Brasilia (2010).

On the other hand, Zeuler Rocha Lima has participated in several exhibitions on architecture and art, in a show about Lina Bo Bardi and Albert Frey at the Art Museum of Palm Springs (2017-2018), and has been a member of several curatorial advisory committees , among them the MoMA (New York), the Museum of the Brazilian House (São Paulo), the Los Angeles County Museum of Art (Los Angeles), the Architekturmuseum (Munich) and the Johann Jacobs Museum (Zurich).

In his artistic side, Rocha Lima has focused on the language of drawing and conceptual art, and has starred in exhibitions such as The Architecture of Drawing (Architecture Museum, São Paulo, Brazil / SRISA Gallery, Florence, Italy, 2012); Becoming Drawing (Embassy of Brazil in Rome, Italy, 2016), or Found in Translation (Embassy of Brazil in Tokyo, Japan, 2018 and Bonsack Gallery, St. Louis, 2019), among others.