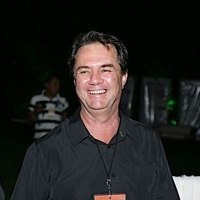 Founded by the prestigious architect Enrique Zozaya and his office Zozaya Arquitectos. It was born with the concept of creating housing with a unique and innovative style in its architecture, always prioritizing sustainability with the least possible impact to the natural site.

Enrique Zozaya, founder architect, was born in Mexico City. He studied architecture at La Salle University (1973-1979). He worked as a project developer for Ricardo Legorreta and Ramírez Vázquez, which greatly influenced his architecture that would come to develop next years in Zihuatanejo where he founded the firm Zozaya Arquitectos in 1986.

Enrique has developed most of his experience in the Mexican Pacific coast, where he has managed to integrate into his culture, assimilate the customs, way of life and the tastes of its inhabitants, especially in Zihuatanejo. His contact with the life of the tropics on the Guerrero coast, has allowed him to create his own style that, more than in formal principles, is based on the details that emerge from everyday observation, such as climate, natural landscape and the best points of observation, the direction of the wind and the breeze, the light, the color and from there create spaces that harmonize with the environment and provide its inhabitants, in private residences or hotels.

Daniel Zozaya, director architect, was born in Mexico City. He studied Architecture at the Universidad Iberoamericana (2010-2015). Joined the firm in 2015, and since his arrival Daniel has managed to turn it around in several areas such as the implementation of new technologies, materials, digital design and new blood to the architectural design.

His design is based on the simplicity and functionality of the spaces and materials. Passionate about apparent concrete, wood, steel, and stone. His role as an architect has not only changed the firm's innovation, but thanks to his youth, being sustainable is innate to this new architect.