At 82 Pritzker Prize-winning architect Frank Gehry working on 20 projects at any given time, has designed some of the world's most impressive buildings including the Guggenheim Museum in Bilbao. Mr. Gehry has just opened New York at 8 Spruce St., the largest apartment building in the Western Hemisphere and Mr. Gehry's first major residential project in New York City.In this interview Gehry shares that Gian Lorenzo Bernini is one of his greatest influences, what he has always wanted to design, why he doesn't sketch much anymore and designing for Lady Gaga. 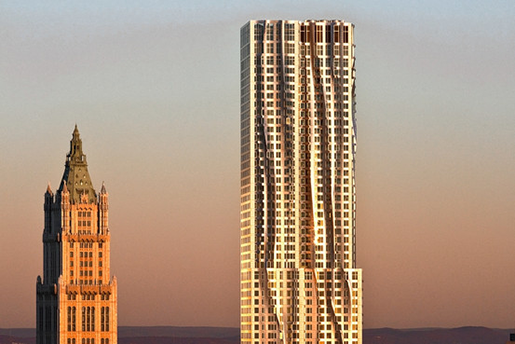 One of my greatest influences is the Italian artist Gian Lorenzo Bernini. The first time I saw his sculpture of Saint Teresa [in Santa Maria della Vittoria in Rome] was in 1960. You can only see it during Mass and in order to see the little chapel it’s in, you have to get to the front pew and lean forward. I don’t know how to do the crossing myself very well. The young priest was howling with laughter when he saw me in the front row, trying to kneel when everyone else kneels, but doing it wrong.

I’ve always been fascinated with folds. All artists through the ages have spent time on the fold. Michelangelo had stacks of drawings of fabric. At 8 Spruce, we’re using Bernini’s folds to inspire the façade. I look for ways to express feeling in a building without using historic decoration.

A project that got away was the trellis I tried to build for Norton Simon. It emulated the movement of an Indian dancing figure in his private collection. I wanted it to look like a pile of wood had been lifted in the air by the wind. I got two layers built and was getting ready to do the third when he called me and said, “I’m going to stop this. This is going to be your unfinished symphony.”

I used to sketch—that’s the way I thought out loud. Then they made a book of my sketches and I got self-conscious, so now I don’t do it much. I’ve got to do that more.

I love music. I flew to Milan the other night to hear Daniel Barenboim play Schubert and it was so beautiful, even though La Scala’s acoustics aren’t that great. I don’t listen to music when I work, but I do go to a lot of concerts. 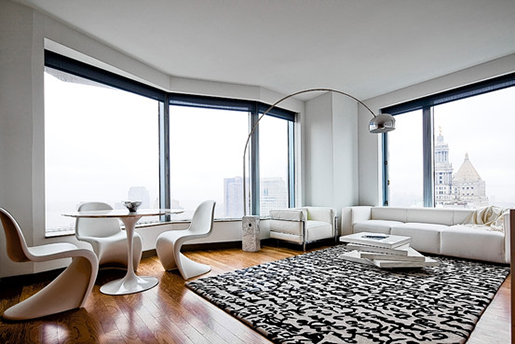 A conductor I love is “the Dude,” Gustavo Dudamel, because he’s come to our building [the Walt Disney Concert Hall]. I also love Esa-Pekka Salonen and Pierre Boulez. When I first saw Boulez conduct it was the famous “rug concert.” He had the seats removed from Philharmonic Hall and put rugs out. I sat on the rugs and watched him conduct. He keeps his arms within this very small space. I’d never seen somebody express passion so simply. Conductors usually wave and move so much, but this guy had it all inside.

The original hat I made for Lady Gaga, commissioned by Francesco Vezzoli, was made out of leather and was floppy so it didn’t work. She never saw it. I was thinking of sending it to her but she probably gets all kind of junk. 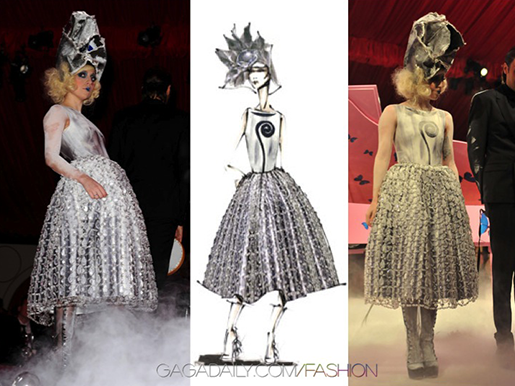 A well-designed home has to be very comfortable. I can’t stand the aesthetes, the minimal thing. I can’t live that way. My home has to be filled with stuff—mostly paintings, sculpture, my fish lamps, cardboard furniture, lots of books. I couldn’t live in the Farnsworth House.

I’d always wanted to design tabletop items, but I never had a venue. When I started working with Tiffany, it was to do tabletop but I got brought into the jewelry because whenever I’d go to their offices, they’d let me watch the craftsmen. It was seduction by workmanship. I just made 30 one-of-a-kind bone-china cuff bracelets. 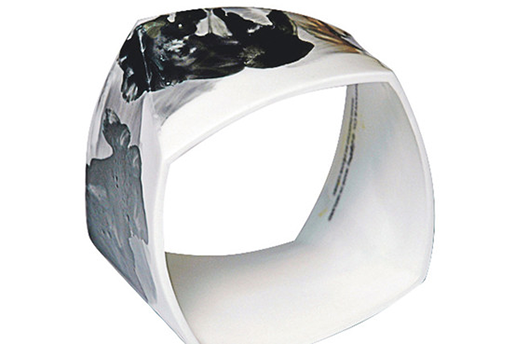 My hobby is sailing. I have a Beneteau First 44.7 sailboat that I keep in Marina del Rey. I just day sail. It relaxes me like nothing else. When you’re sailing, things change every second so you’ve got to be on your toes. I love that.

Ice hockey was an inspiration for the Hat Trick Chair I designed for Knoll. I own a team called the Fog, and we play in the Over-30 League. I played a bit growing up and I loved playing with my boys.

I can’t keep up with my wife, who reads two books a week, but I’m reading “Listen to This,” by Alex Ross. And I’m reading “The Snowball: Warren Buffett and the Business of Life,” which is long, so I put it down and read other things in between.

If I think of my greatest achievement, it’s like a love affair: You’re always excited about the building you’re working on. So right now it’s 8 Spruce St., but next month it will be something else.

The next building I’m working on is the Guggenheim Museum in Abu Dhabi. They’re pouring the foundations right now.

At any given moment, I’m working on 20 projects, in stages ranging from conceptual to construction. 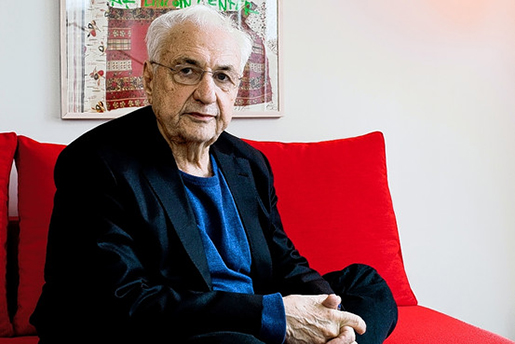 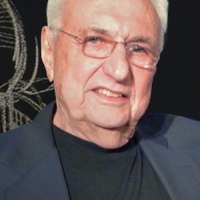 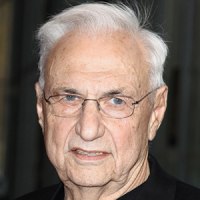 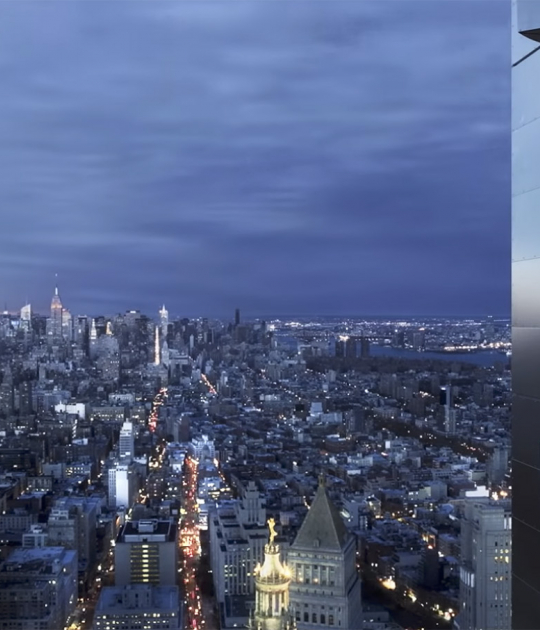 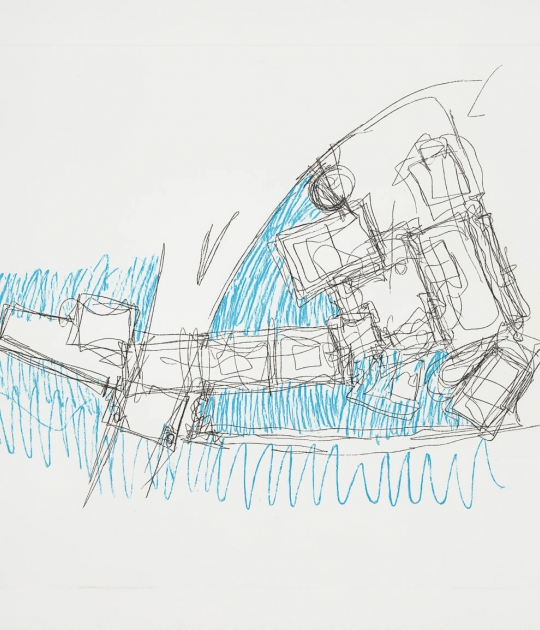 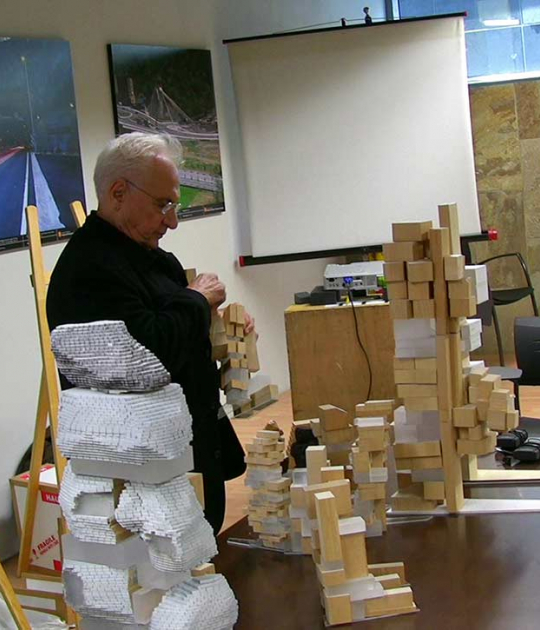 Frank Gehry arguing the budget at "The Competition" 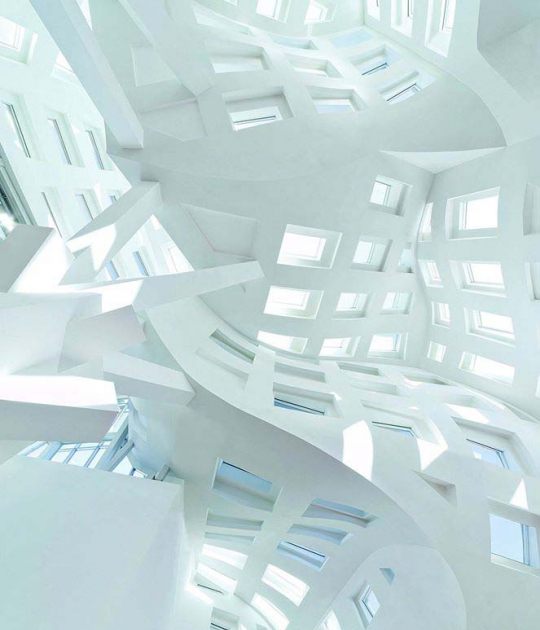 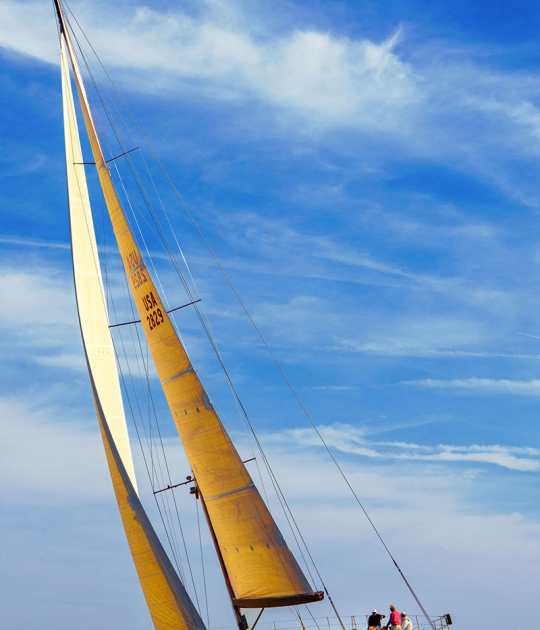