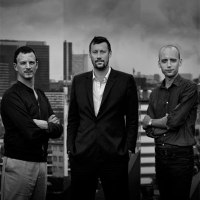 51N4E is a Brussels-based international practice that concerns itself with matters of architectural design, concept development and strategic spatial transformations. It is led by 3 partners: Johan Anrys, Freek Persyn and Peter Swinnen, and at present it is 20 people strong.

51N4E has been rewarded with different international prizes for the architectural projects, while it has recently engaged in the development of strategic visions for large-scale urban regions such as Bordeaux (50.000 dwellings), Brussels (Bruxelles Metropôle 2040) and Istanbul (Making City).

51N4E aspires to contribute, through means of design, to social and urban transformation.