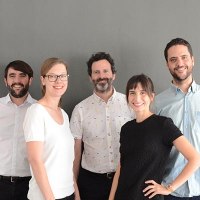 The studio was founded in 2015 and since then it has collaborated with renowned cultural institutions such as KULeuven Ghent, Historisches Museum Frankfurt or the Chicago Architecture Biennial. Addenda architects have been awarded in national and international public competitions and recognized in various professional and cultural disciplines.

The studio also publishes its own architecture. It is currently carrying out an editorial project initiated by the editor and independent curator of art and architecture Moritz Küng and German photographers Joachim Brohm and Valentina Seidel. This periodical publication, called the Bauhaus Dessau Cahier Museum, aims to document the process of building the Museum until its opening in September 2019.