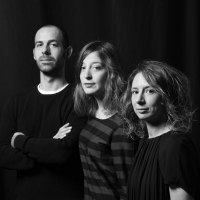 BABELstudio, founded by Andrea García Crespo and Michael Schmidt, is headquartered in Bilbao.

The study emerged in 2011, when the two young architects entered the competition for the design of the Donostia metro entrances, in which they were finalists.

Its technical team, made up of architects and surveyors, works in the research, development and construction of various architectural projects, including participation in various international competitions.