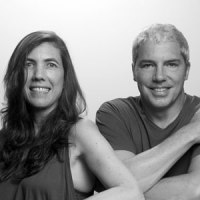 Barclay & Crousse. Their work manage a wide range of programs and focuses both on the relationship to place and human wellbeing, through pertinence in usage and attention to time, space and light. They like to consider their projects as being part of a design laboratory that explore the bonds between landscape, climate and architecture, in order to challenge those notions of technology, usage, and quality of life that, from the specific conditions of developing countries, can inform and be pertinent in a global context.

Founded in 1994 in Paris, since 2006 the studio is based in Lima,  pursuing its activity in France with the Parisian studio Atelier Nord-Sud. Their work has been recognized by the first Oscar Niemeyer Prize, and in several international Biennales. They have been awarded by the International Committee of Architectural Critics (CICA) with the 2013 Latin America Prize.  Barclay & Crousse has earned the Peruvian Architecture National Prize, Hexágono de Oro, in 2014. Their work has been exhibited and published worldwide. The Italian editor Lettera Ventidue published in 2012 a monographic book about their work in the Peruvian desert coastline, presented at the 13th Venice Biennale.