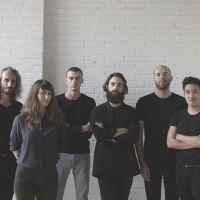 Atelier Barda Founded by Cécile Combelle and Antonio Di Bacco in 2017, maintains various collaborations in Paris, notably with the agency Antonio Virga architect. Foraine par Atelier Barda is the prestige furniture arm of the Montreal-based international architecture firm. In 2017, the agency won the Architecture Emerging Talent Award at the Emerging Designer Competition organized by the Toronto Design Exchange Museum and the Canadian Interior Award at the Best of Canada Competition.