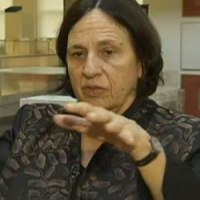 Carol Ross Barney. FAIA (born Chicago, 1949) is a Chicago architect. Bachelor of Architecture, 1971, University of Illinois Urbana/ Champaign. Founder and President, Carol Ross Barney is responsible for the design excellence of all projects undertaken by the studio.

Her work has been published in national/ international journals and has been exhibited in Chicago, New York, Washington D.C. and San Francisco. Under her leadership, Ross Barney Architects has received more than 60 major awards, including 4 National AIA awards, 2 COTE Top Ten awards and the 1995 AIA Illinois Firm of the Year. In 2005, Carol received the American Institute of Architects Thomas Jefferson Award for Public Architecture, acknowledging a distinguished career and dedication to Architecture in the public realm.

She has developed a keen understanding of the special needs of institutional and public clients which has produced distinctive structures that have become cultural icons.

A native Chicagoan, Carol is the mother of three sons and grandmother of Kai and Han.