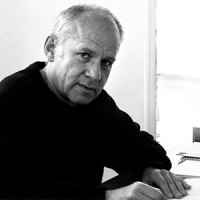 Patrick Berger was born in Paris in 1947, he founded the studio Patrick Berger architect in Paris in 1975. Among his main projects and achievements there are the remodeling of the Pavilion of Les Halles, the viaduct of Arts and Andre Citroen Park in Paris, the School Architecture of Brittany in Rennes, the European Union Football Headquarters in Nyon, Switzerland and the monument to the Communications between France and Japan, in Japan. His collaboration with Jacques Anziutti begins in 2005 when they formed the studio Berger Anziutti.