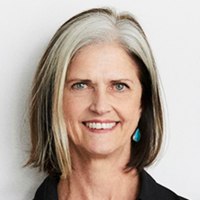 Deborah Berke is a practicing international architect, educator and Dean of the Yale School of Architecture. She is the recipient of a 2019 Medal of Honor from the AIA New York Chapter and the 2017 Sackler Center First Award, was the inaugural recipient of the 2012 Berkeley-Rupp Prize at the University of California at Berkley, and the recipient of a National Design Award from the Cooper-Hewitt Smithsonian Design Museum.

Ms. Berke is on the board of directors of Venetian Heritage and Yaddo, a board member of the James Howell Foundation, an honorary trustee of the Norman Foster Foundation, and a member of the Deans Council at Yale University School of Architecture. She was a founder and vice president of DesignNYC, a founding trustee of the Design Trust for Public Space, a trustee of the National Building Museum, chair of the board of advisors of the Buell Center for the Study of American Architecture at Columbia University, trustee of the Brearley School, and vice president of the American Institute of Architects, New York Chapter. She has been a professor at Yale University since 1987 and is a graduate of the Rhode Island School of Design and The City University of New York.