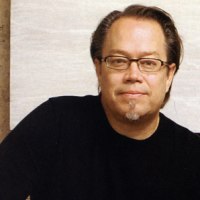 Marlon Blackwell, FAIA practices architecture in Fayetteville, Arkansas, and serves as Distinguished Professor and Department Head in the School of Architecture at the University of Arkansas. Working outside the architectural mainstream, his architecture is based in design strategies that celebrate vernaculars, that draw upon them, and that seek to transgress conventional boundaries for architecture.  Work produced in his professional office, Marlon Blackwell Architect, has received national and international recognition, numerous AIA design awards and significant publication in books, architectural journals and magazines including Architectural Record (with the honor of having the Keenan TowerHouse featured on the cover of the February 2001 issue), Architect, Arquine, A+U, Detail, Dwell, Metropolitan Home, Contract, Residential Architect, the Phaidon Atlas of Contemporary Architecture (2004 & 2008) and Architectural Review (2002 ar + d prize winner for the Moore HoneyHouse and a 2010 Housing Citation for the PorchDog House).

"For Blackwell, buildings are generators of and frames for experience. Profound and touching architectural experiences arise from the tectonic realities of construction, truthful materiality, and the existential charge of the imagery, not from fictitious pictorial fabrications."

The significance of his contributions to design is evidenced by the publication of a monograph of his work entitled “An Architecture of the Ozarks: The Works of Marlon Blackwell” published by Princeton Architectural Press in 2005. Marlon was selected by The International Design Magazine, in 2006, as one of the ID Forty: Undersung Heroes and as an “Emerging Voice” in 1998 by the Architectural League of New York.

In 1994, he co-founded the University of Arkansas Mexico Summer Urban Studio, and has coordinated and taught in the program at the Casa Luis Barragan in Mexico City since 1996.