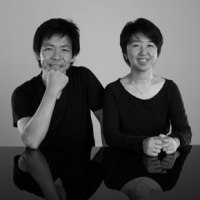 Atelier Bow-Wow was established in 1992 by Yoshiharu Tsukamoto and Momoyo Kaijima in Tokyo. Best known for its projects in dense urban environments, the firm has developed its practice based on a profound study of existing cultural, economic, and environmental conditions—a study that led it to propose the term “pet architecture” for the multitude of odd, and functional little buildings wedged into tiny sites around Tokyo. Atelier Bow-Wow has also acquired an enthusiastic following through its Micro Public Space projects, as well as innovative projects for exhibitions such as the 2010 Venice Biennale (as an official representative of Japan) and the São Paulo Bienal, and at venues such as the Hayward Gallery in London, the Neue Nationalgalerie in Berlin, The Gallery at REDCAT in Los Angeles, the Japan Society in New York, and the OK Offenes Kulturhaus Oberösterreich in Linz, Austria.