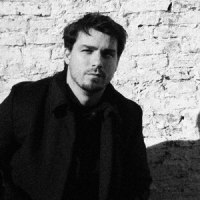 Nicolás Campodonico was born in Rosario, Santa Fe, Argentina in 1973. He started his studies in Architecture at the National University of Rosario in 1991 and graduated ten years later with a Silver Medal. He obtains a scholarship for the exchange of students with the ETSAV (Valladolid, Spain) and in 1996 he lives and works in Barcelona, ​​Spain. In 1997 he developed and built his first work (Casa en el Campo) and in 2000 established his professional studio in the city of Rosario, where he developed and built works in Argentina and Uruguay.

He participates in numerous national and international competitions obtaining prizes and recognitions in several of them, standing out the Prize CICA to the Young Argentine Architecture (BA2015), the inclusion in the "Panorama of Works" X BIAU Sao Paulo 2016 and VIII BIAU Cadiz 2012, the "First International Mention" at the BAQ Quito 2012 and the "Mention of the Jury" at the SCA CPAU Biennial Award for Architecture Argentina 2008. His works and projects have been published in Argentina, Chile, Mexico, Colombia, Spain and England. He alternates his professional work with teaching, which he has practiced since 1998 in the Faculty of Architecture Planning and Design of the National University of Rosario. He has also collaborated in teaching with the University of Navarra (Spain) and at the IUAV University in Venice.

The development of its projects is essentially a reflection on Place, Matter and Space, immersed in the physical-cultural reality of Latin America.